Exploring the entanglement frontier with programmable arrays of atomic qubits

Pasqal, a spin out of from Institut d’Optique, is building quantum computers made of arrays of hundreds of atoms controlled and addressed by laser beams. With such large registers of qubits, the system operates now in a regime which is not accessible by classical computing resources.

In a work published today in Nature, researchers from Institut d’Optique and co-workers, led by Pasqal’s co-founders Antoine Browaeys and Thierry Lahaye, have demonstrated the successful implementation of an iconic model in physics, the Ising model, with up to 196 atoms. This realization enables the exploration of how quantum magnets behave for various geometries and in a wide range of parameters.  For 100 atoms, it already takes 14 days for state-of-the-art numerical methods running on super-computers to simulate the result of the experiment, which by comparison only requires a few hours. For 196 atoms, numerical simulations are no longer feasible. This work demonstrates that neutral-atom quantum processors can now be used to address open scientific questions of fundamental importance that will have long term impacts for instance in the emerging field of quantum materials. By using this synthetic quantum system, researchers can now tackle outstanding quantum problems in regimes where other approaches fail.

Large arrays of atoms in square and triangular lattice configurations are brought to the anti-ferromagnetic state (in Nature 595, 233–238 (2021)).

Beyond scientific discovery, the same platform could be used on concrete industrial problems. In a preprint posted today on the arxiv, Pasqal engineers propose a Machine Learning protocol for measuring the similarity between graph-structured data, which are ubiquitous and with applications in many fields. 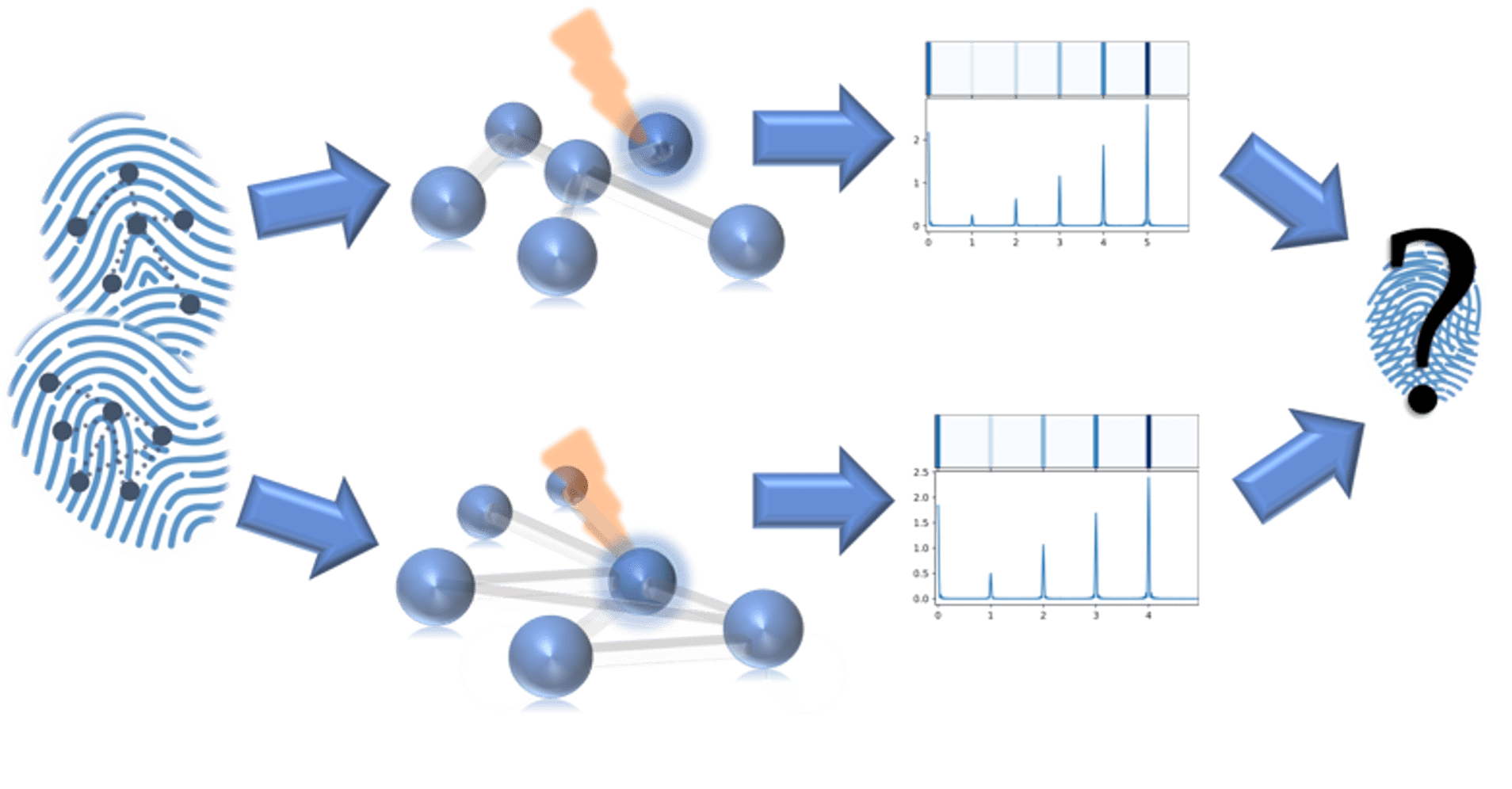 After encoding the input graph (representing, for instance, a fingerprint) in the array of atoms in 2D (and even 3D in the future), the evolution of the system under laser or microwave pulses produces ultimately measurement samples that retain key features of the data and constitute an “identity card” of the graph. Initial benchmarks with classical super-computers on typical datasets show better results than standard approaches. Beyond the analysis of fingerprints, this procedure could find applications to predict the reactivity of proteins, in computer vision, or social network analysis.

Louis-Paul Henry, Quantum Software engineer at Pasqal and co-author on both papers: “The neutral-atom platform has reached a level of maturity that allows it to both offer concrete applications and tackle academic problems beyond the reach of classical numerics.”

Antoine Browaeys, CNRS director at Institut d’Optique,  co-founder & CSO at Pasqal: “Neutral atoms continue to show their potential. They now allow us to access the dynamics of systems that are beyond the grasp of any theoretical method. We can expect the platform to provide deep insight on open questions of theoretical models.”

The “Quantum Optics – Atoms” group, led by Antoine Browaeys, is part of the Laboratoire Charles Fabry at Institut d’Optique. Their research focuses on experimental studies of the effects of strong dipole-dipole interactions in strongly correlated systems of a few atoms. Antoine Browaeys and Thierry Lahaye are also co-founders and scientific advisors at Pasqal.

Pasqal is building quantum processors out of neutral atoms ordered in large 2D and 3D arrays. Pasqal’s purpose is to bring practical quantum advantage to its customers in particular in the fields of quantum simulation and optimization.