Palaiseau, November 17th, 2021 – MBDA and Pasqal today announced a partnership to develop a quantum approach of optimization in the field of defense to run on Pasqal’s quantum computers. 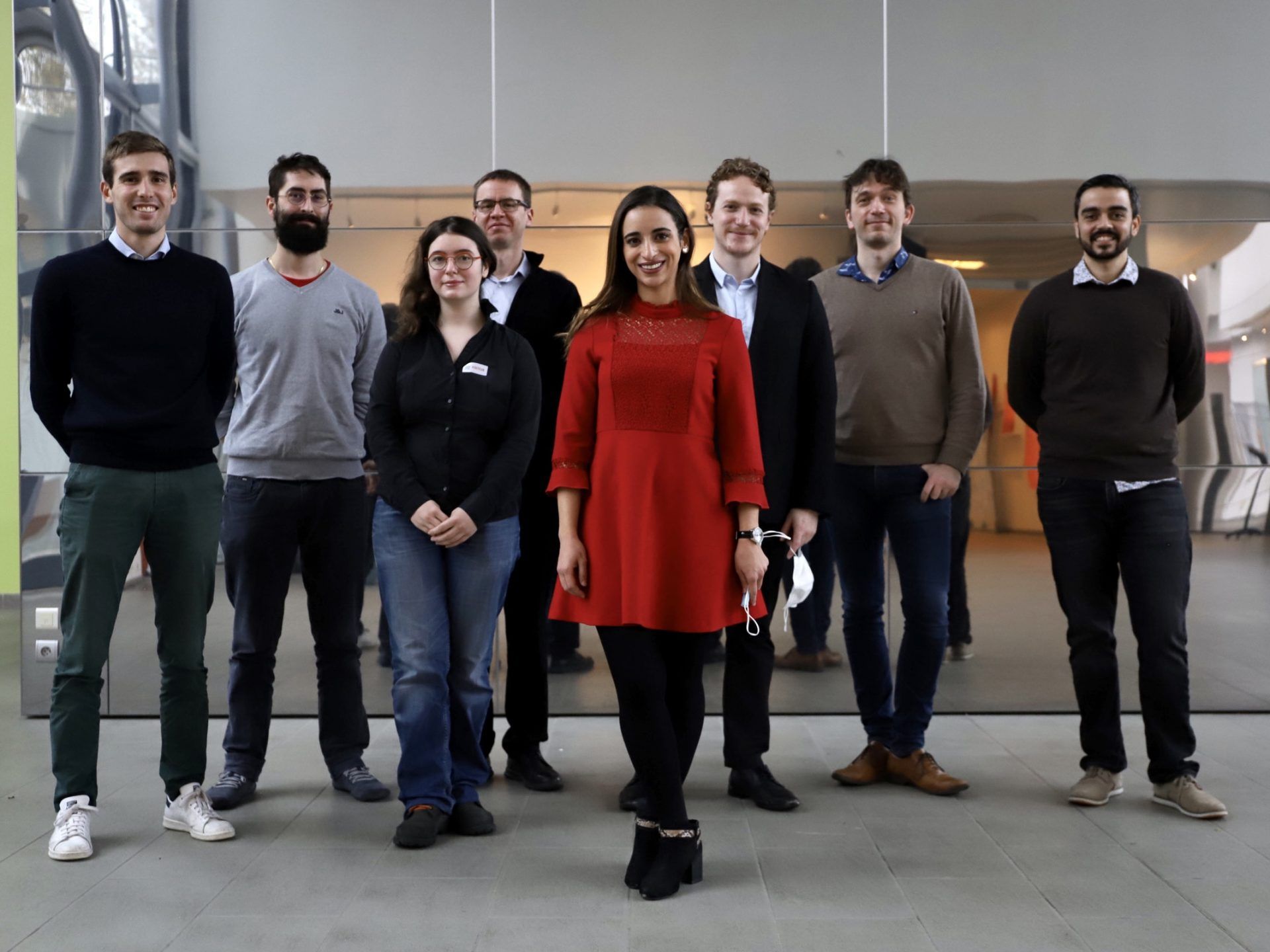 Representatives of MBDA and Pasqal line up for a group photo at the Institut d’Optique Graduate School, in Palaiseau.

With its 100+ qubit platform, high connectivity and high performance, Pasqal’s quantum processors can address efficiently large size problems, that are out of reach of classical computing systems. In Pasqal’s processors, neutral atoms are manipulated with laser light with exquisite precision to realize quantum processors on-demand with high connectivity and at unprecedented scale, beyond 100 qubits and towards 1000 qubits. In addition, Pasqal has developed the full computing stack from applications to atomic qubit control, to software tools such as Pulser, for efficient operation and incorporation into the programming environment. Applications range from quantum machine learning (QML) to combinatorial optimization and quantum simulation.

The President of the French Republic has defined security and defense as one of the concrete applications of quantum computing that should be developed as part of the quantum plan (1.8 billion euros) announced on January 21, 2021. The Ministry of the Armed Forces has also targeted quantum technologies in the investments of the Defense Innovation Fund.

“We are proud of this partnership with MBDA. We continue to show that the maturity of Pasqal’s technology allows us to address solutions to concrete problems. We are convinced that this use case is a milestone in the use of neutral atom quantum technologies in the defense field.” said Georges-Olivier Reymond, CEO of Pasqal.

“Quantum Computing has been identified as a key-component for future complex weapons computation needs and could become a game changer for defense applications, since it opens a new area of possibilities particularly important for MBDA’s domains of expertise. This partnership with Pasqal is the opportunity to strengthen our capabilities in this field and to pursue our close collaborations with the ecosystem of start-ups exploring emerging technologies.”, said Alexandre Kotenkoff, Quantum Community coordinator of  MBDA.

Pasqal is building quantum processors out of neutral atoms ordered in large 2D and 3D arrays with the purpose of bringing practical quantum advantage to its customers, especially in quantum simulation and optimization. Pasqal was founded in 2019 by Georges-Olivier Reymond, Christophe Jurczak, Prof. Dr. Alain Aspect, Dr. Antoine Browaeys and Dr. Thierry Lahaye. It is based in Palaiseau and Massy in the South of Paris, France. Pasqal completed a series A round in April 2021 co-led by Quantonation and the Defense Innovation Fund, managed by Bpifrance on behalf of the Defense Innovation Agency (AID).

MBDA is the only European defence group capable of designing and producing missiles and missile systems that correspond to the full range of current and future operational needs of the three armed forces (land, sea and air).
With a significant presence in five European countries and within the USA, in 2020 MBDA achieved revenue of 3.6 billion euros with an order book of 16.6 billion euros. In total, the group offers a range of 45 missile systems and countermeasures products already in operational service and more than 15 others currently in development.
MBDA is jointly owned by Airbus (37.5%), BAE Systems (37.5%), and Leonardo (25%).