From the lab: 3D trapping of Rydberg atoms

While atoms in their ground state are already cooled down and trapped in 3D light patterns (optical tweezers), so far the Rydberg atoms were not trapped, which was expected to be ultimately a limit for gate fidelities and the available time for coherent dynamics for simulation. Once trapped in the dark region of the trap, using a second set of optical tweezers in 3D,  the Rydberg atoms can be kept for hundreds of microseconds, only limited by their lifetime. The teams shows that trapping does not degrade coherent manipulations of the internal state of the atom using microwave, nor the interaction-induced swapping of internal states between two atoms. These results further extend the possibilities offered by Rydberg atoms arrays for quantum computing.

A summary is provided in the Synopsis section. 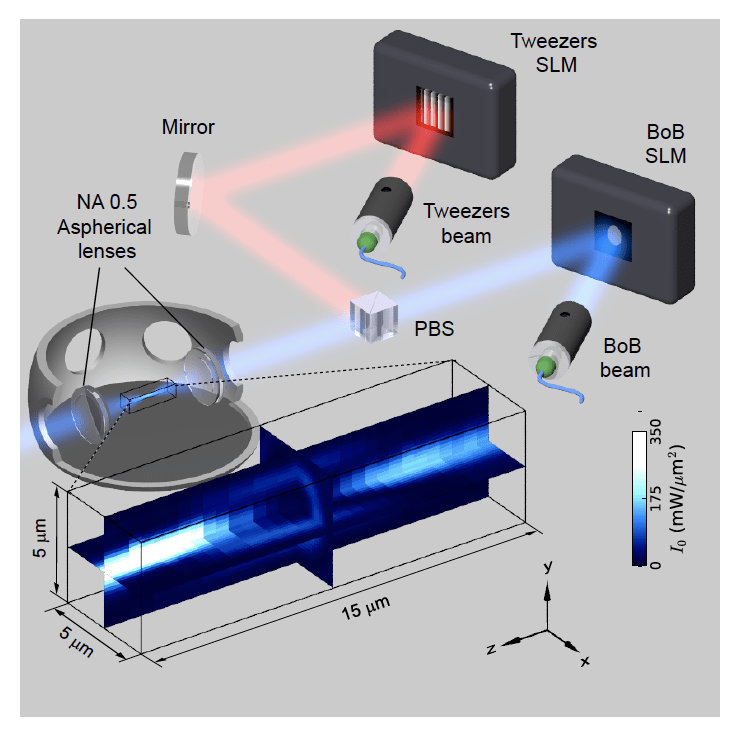 Main components of the experimental setup. The zoom shows two-dimensional cuts of the reconstructed light intensity distribution near the focal plane.