The French initiative HQI (France Hybrid Quantum Initiative) is at Vivatech, for the first time. Launched in January 2022, one year after the announcement of the National Quantum Plan by the French government, HQI aims to showcase the quantum technologies and services available to researchers and innovation players. GENCI’s contract for the acquisition of a 100-qubit quantum computer from PASQAL has been officially signed today, June 17, in the presence of the Secretary General for Investment, Bruno Bonnell, and the Ministry of Education and Research.

Through its presence at Vivatech, HQI aims to promote the French quantum ecosystem. A series of meetings is focused on bringing together researchers in quantum technologies, from academia and industry. During several thirty-minute sessions, industrial companies, startups, associations, and public figures from the quantum space shared their ambitions and projects and answered questions from the attendees. The program is available at www.hqi.fr.
The HQI booth is a place encouraging exchange and collaboration. It allows a large audience to better understand quantum computing. It will even be possible to dive into the heart of PASQAL’s quantum computers, thanks to a virtual reality experience.

Today, June 17, Bruno Bonnell, Secretary General for Investment, in charge of the France 2030 plan, and the French Ministry of Education and Research were at the HQI booth for the signing of the contract that officially states the choice of the quantum computer designed and produced by PASQAL.
This choice has been recently decided within the framework of the European HPCQS project. This acquisition was made possible thanks to the commitment of the French government through the France 2030 plan and the commitment of Europe through the EuroHPC Joint Undertaking. It crystallizes the implementation of a national and European quantum strategy. The integration of this quantum computer with classical computing resources will create a hybrid system. Therefore, it is an essential step to evaluate the potential of quantum computers to handle practical applications.

The solution designed by PASQAL is based on neutral atoms technology and controls more than 100 qubits. This quantum computer will be inaugurated in 2023 at the TGCC (Très Grand Centre de Calcul du CEA). It will serve as an accelerator for projects in the fields of optimization, quantum chemistry (applied to material, biology or healthcare) and machine learning.

“France, through GENCI, has acquired a quantum computer designed by PASQAL. It is a major step for the future of research and innovation. And this is a French and European success story. Thanks to HQI, France’s quantum ambition, one of the major objectives of the France 2030 plan, is becoming more and more tangible every day. France is committed to giving access to the most advanced quantum computing tools in the world, in order to accelerate research and industry developments. The future is taking shape with professionals, men and women from industry and academia. Encouraging youth to embrace careers in science and technology is a key challenge for the plan France 2030. And structuring early collaboration of researchers and entrepreneurs on such strategic issues is just as essential,” said Bruno Bonnell, Secretary General for Investment, in charge of France 2030.

“HQI holds a major place in the national quantum strategy of the France 2030 plan, as announced by the French President in January 2021. Today, in selecting PASQAL, we are taking a decisive step towards becoming one of the first countries to master quantum computing. And we are doing this, while putting the most advanced technology to serve science and progress. Thanks to Vivatech, it is a joy and a source of pride to allow a large public, from tech experts to families, to discover the major challenge of quantum advantage.” said Neil Abroug, National Coordinator for the Quantum Strategy.

“HQI is a leading platform to deliver tools and services on quantum technology, especially in computing. It allowed the acquisition of a PASQAL’s quantum computer as part of the French quantum strategy and the European HPCQS project. GENCI and the CEA are enthusiastic for this historic step toward quantum advantage, for France and Europe. Combined with our supercomputer at the TGCC, the unique 100+ qubit technology based on neutral atoms will allow European researchers to evaluate the potential of quantum computing on scientific and industrial use cases.” said Philippe Lavocat, CEO of GENCI, and Jacques-Charles Lafoucrière, HQI, program director at CEA.

Finally, PASQAL’s CEO, Georges-Olivier Reymond, said: “PASQAL is honored, as part of the HPCQS project, to initiate the first European hybrid HPC infrastructure. We are proud to collaborate with talented partners and to contribute to positioning the European HPC community at the forefront of the quantum revolution. We thank the French public authorities, whose ambition for European quantum sovereignty, has enabled the HPCQS project to come to fruition.  This ambition is supported and affirmed by the French national quantum plan, which partly finances the project. Today, it is not only about the selection of the quantum computers of PASQAL. Today, it is about strengthening Europe’s sovereignty in quantum and HPC. We are building the HPC infrastructure of tomorrow, provided by European quantum and HPC champions.” 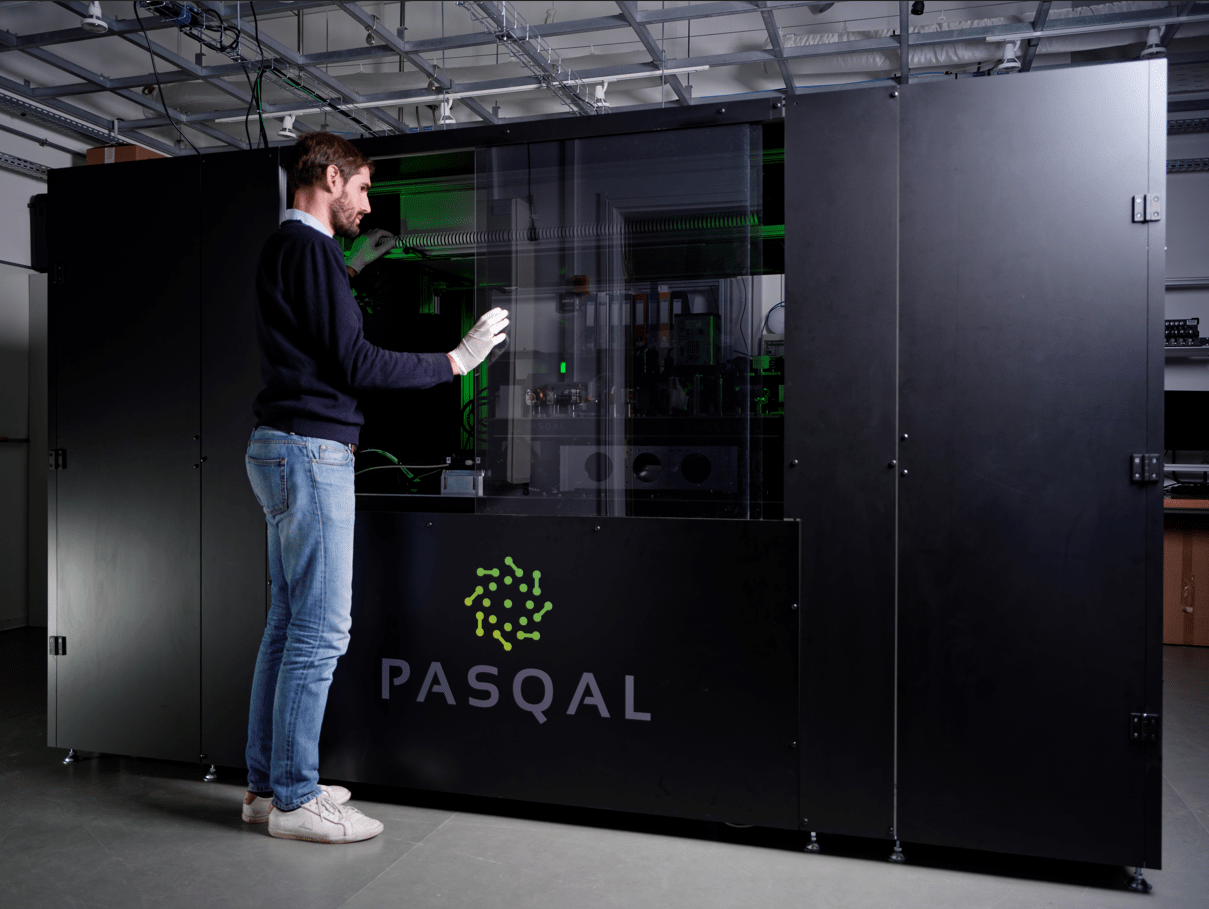